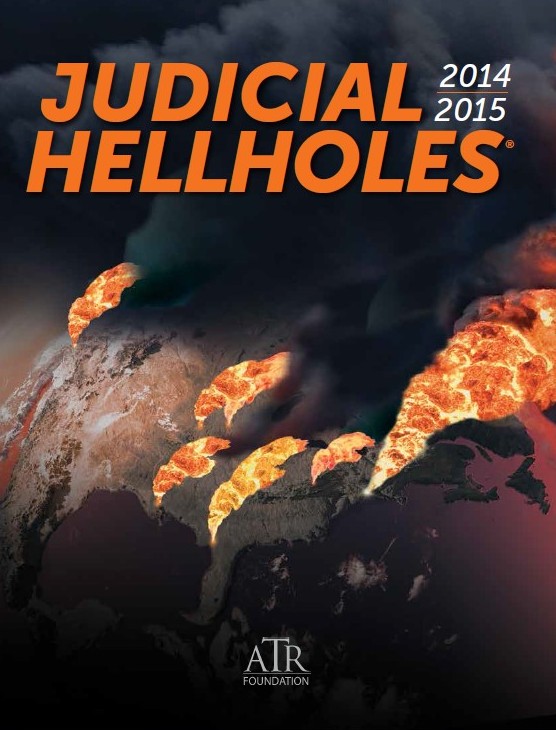 For many years, New Jersey has been called out in the American Tort Reform Association’s annual Judicial Hellholes report as a litigation hot spot. This year, however, New Jersey is recognized in the report as a jurisdiction where positive things are happening.

As the report notes, what makes a jurisdiction a Judicial Hellhole is the judges: “While most judges honor their commitment to be unbiased arbiters in the pursuit of truth and justice, Judicial Hellholes’ judges do not. Instead, these few jurists may favor local plaintiffs’ lawyers and their clients over defendant corporations. Some judges, in remarkable moments of candor, have admitted their biases. More often, judges may, with the best of intentions, make rulings for the sake of expediency or efficiency that have the effect of depriving a party of its right to a proper defense.”

“On the whole, New Jersey’s judges do an admirable job fairly applying the law to the facts before them, and they should be commended for that,” said NJCJI President Marcus Rayner, “but until this summer the mass tort judge in Atlantic County was known for regularly ruling against businesses, particularly pharmaceutical companies, so often that one company sought her recusal for bias. This made Atlantic County a magnet for mass tort litigation, where more lawsuits were filed against the pharmaceutical industry than anywhere else in America. With a new judge and a split up mass tort docket, we hope that Atlantic County is returning to normal.”

“A fair system of justice depends upon independent, capable judges, however, if the law the judge is applying is biased, the case is still going to come out badly,” said Rayner. “New Jersey’s legal climate is still a drag on our economy. Right now there now five common sense reform bills with bipartisan sponsorship that would improve New Jersey’s overall legal climate. Business is asking, and if legislative leaders want to improve the state’s business climate without hurting the budget, then legal reform is one of the best ways to do so.”

Click here for a .pdf version of this release.