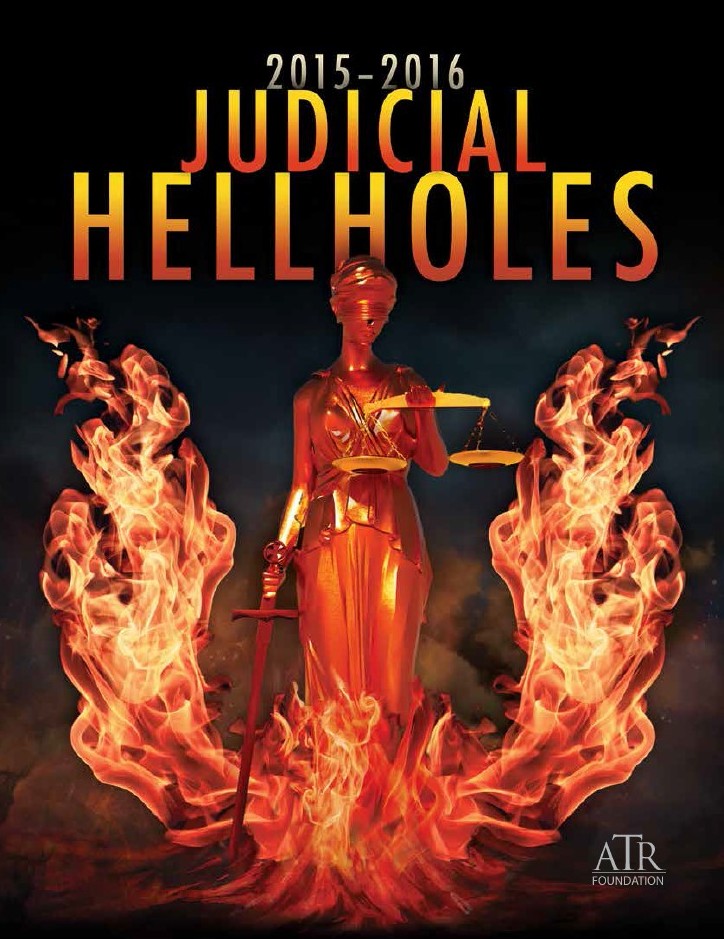 The American Tort Reform Association has released its annual “Judicial Hellholes” report, and New Jersey is once again recognized as a state on the brink of becoming a litigation hot spot. The report (starting on page 38) notes that our state’s consumer protection laws are far from mainstream, and our court system is becoming hostile to arbitration agreements, in direct contravention of federal law.

“I’m not shocked that we ended up on the Hellholes ‘Watch List’ this year,” said NJCJI President Marcus Rayner. “Our state has gone in a wildly different direction in a few key areas – namely consumer protection and arbitration – and people in the business community, now even at the national level, are taking note.”

“The arbitration-related decisions the report highlights are really concerning. The New Jersey’s Supreme Court’s recent anti-arbitration decision in Atalese is weakening the right to arbitrate in New Jersey. This is an area where our courts are declining to follow United States Supreme Court precedent, and that will make our state an outlier on arbitration law. If they keep this up, we’ll quickly earn a reputation as a ‘Hellhole’,” said Rayner.

“A survey conducted earlier this year found ‘75% of attorneys at U.S. companies say a state’s lawsuit environment is likely to impact important business decisions at their company, including where to locate or expand.’ That’s a big concern when we are getting included on the ‘Hellholes’ watch list. We need to take concrete steps to right our course and improve our reputation before it’s too late. The Legislature would do New Jersey a huge favor if it would pass the common-sense, budget-neutral legal reform bills that are just sitting there waiting for action before this session ends,” concluded Rayner.