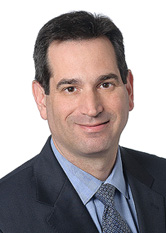 On September 9, the New Jersey Supreme Court will hear oral arguments in Wadeer v. New Jersey Manufacturers Insurance Co., a case that will have a big impact on the state’s laws surrounding “bad faith” in the insurance industry. NJCJI is hosting a post-oral argument policy teleforum on this important case on September 11 at noon.

Kwabena Wadeer was injured when a phantom vehicle swerved into his lane and caused him to lose control of his car and crash into two other vehicles. Wadeer received two arbitration awards against his insurer, the New Jersey Manufacturers Insurance Co. (NJM), one above the policy limit of $100,000 and one below. NJM rejected both awards, preferring to take the case to trial.

A jury awarded Wadeer more than $255,000, but the trial court reduced the award to the policy limit. Wadeer appealed the reduction, claiming NJM acted in bad faith by choosing to go to trial instead of accepting the arbitration awards. The appellate court rejected Wadeer’s claim, so Wadeer filed a new lawsuit alleging NJM acted in bad faith. NJM filed a summary judgment motion, which the trial court granted and the appellate court affirmed, holding that plaintiff’s bad faith claim was barred by the doctrines of entire controversy and res judicata. Wadeer appealed, and the New Jersey Supreme Court agreed to hear the case.

After the high court agreed to hear this case, the New Jersey Association for Justice (NJAJ) filed an amicus brief urging the court to use this case to upend the “fairly debatable” standard applied in bad faith cases and create a new standard via judicial fiat.

NJCJI filed an amicus curiae brief in this case arguing that post-judgment lawsuits like the one filed in this case are inappropriate under the state’s entire controversy doctrine. Whether an insurer acted in bad faith is evident well before the original suit is filed, and must therefore be included in the original action.

In addition, NJCJI urges the court to reject NJAJ’s arguments, and preserve the existing “fairly debatable” standard for bad faith. The fairly debatable standard balances an insurer’s right to raise policy coverage questions with a claimant’s right to pursue a claim where an insurer takes a position in bad faith, without incentivizing excess insurance settlements that drive up premiums. NJAJ’s suggested policy change is unwarranted, and has been soundly rejected by the legislature in recent years.

David Swerdlow, a partner at Windels Marx, who authored NJCJI’s amicus brief and is participating on the organization’s behalf before the high court, will be the featured speaker during a post-oral argument policy teleforum on the case. During the call, which will begin at noon on September 11, Swerdlow will provide an overview of the case and its implications before sharing his insights on how oral arguments in the case went.

If you are interested in participating in the call, please email ekelchen@civiljusticenj.org for the call-in information.

NJCJI anticipates that CLE credit will be available for lawyers participating in the call.