Governor Phil Murphy campaigned on a promise to sign sick leave legislation. He mentioned the issue again in his budget address, urging the legislature to get a bill to his desk. And an Assembly version sponsored by Assemblywoman Lampitt was heard and voted out of the Assembly Labor Committee this week and is moving through the legislative process.

NJCJI has been engaged in the details of sick leave since early versions were introduced last legislative session. We have focused not on the mandate itself, but on the manner in which it is imposed and the enforcement mechanisms involved in ensuring employer compliance. By that measure, the most recent version of sick leave represents a significant improvement, though two critical flaws in the enforcement mechanism would continue to unduly infringe on workplace flexibility and expose employers to significant and unwarranted liability.

Steps in the Right Direction…

It is striking that although the vast majority of New Jersey employers already offer more generous paid sick leave to their employees than would be mandated under the bill, many such employers have nevertheless opposed this legislation since first introduced last session. Under earlier versions, the broad statutory entitlement to paid sick leave, compounded by incentivized-litigation enforcement mechanisms, would deprive those employers of the flexibility to administer their leave policies in a way that deters abuse and is consistent with the needs of their businesses.

The Committee Substitute of A1827, sponsored by Assemblywoman Lampitt, is a significant improvement. The bill would ensure greater clarity and predictability, by imposing an effective blanket preemption on all local ordinances to ensure one uniform statewide standard, with one standard of 40 hours of leave for all employers. It would also grant employers more flexibility in deterring abuse of sick leave policies. Employers could require pre-clearance for foreseeable sick leave on “blackout” dates, as well as documentation to confirm non-foreseeable sick leave on those dates.

…But More Work to be Done

Some flaws in the enforcement mechanism would still expose employers to a risk of unwarranted liability. But that risk, and the overall workability of the legislation, could be significantly improved with a few modest amendments.

First, employer flexibility in making adjustments to schedules and responsibilities must be protected. An employee’s right to use sick leave must be balanced with an employer’s need to make the necessary adjustments to ensure that the work is completed on time. But the existing definition of prohibited “retaliatory personnel action” includes not just constructive discharge, demotion, and the like – it would also bar “unfavorable reassignment.”

“Unfavorable” could include a less lucrative shift with worse tips, for service-industry jobs, or working on a lower-profile product for a pending product launch in the consumer-product industry. For employees who travel to client offices, it could mean the difference between working a stint in San Diego or Bismarck. For a business in trade work, it might mean the difference between a prevailing-wage project and a project that pays market wages. But employers need the freedom to make all of these adjustments – the flexibility to move employees around to ensure necessary work is completed in timely fashion is essential to a functional work place. And employers should not have to risk being dragged into court to defend such adjustments.

Our second concern is with the presumption for retaliation. The bill would create 90-day window during which any adverse employment action is presumed to be retaliatory, with the burden on the employer to prove that the adverse action was unrelated to the employees’ sick leave-related activity. But in addition to documented and verifiable actions like filing complaints with the Department of Labor or with the courts, the presumption would also triggered by merely speaking to another employee about their rights under the law.

The burden-shift to employers to essentially prove their innocence is a powerful tool that should not be granted lightly. It should not be so easily manufactured by an employee, and so prone to abuse, as a mere conversation with colleagues about sick leave. And if the presumption has been triggered, it is only fair that the employer be on notice of the risk they run in taking any action that might be considered “adverse.”

The critical challenge of a paid sick leave mandate is balance.

The shift from voluntary policies to statutory entitlement will necessarily entail some lost flexibility, even for employers who already offer sick leave. But the sponsors’ core objectives can be achieved while preserving significant employer discretion. The remaining challenge to a workable bill is ensuring that enforcement mechanisms in the bill accommodate the practical challenges of running a business, and don’t penalize employers for taking the necessary steps to ensure that work gets done.

The New Jersey Civil Justice Institute strongly opposes the so-called “wage theft” bill the Assembly Labor Committee is holding a hearing on Monday. A862 does much more than protect employees against wage theft, which is, of course, already illegal. As amended, this bill would impose massive penalties on businesses who make well-intentioned errors on contentious questions, like the independent contractor/employee distinction, and would provide a backdoor for getting all the worst aspects of the pending “paid sick leave” legislation enacted. END_OF_DOCUMENT_TOKEN_TO_BE_REPLACED

The New Jersey Civil Justice Institute strongly opposes the so-called “wage theft” bill the Assembly Judiciary Committee is holding a hearing on today. A862 does much more than protect employees against wage theft, which is, of course, already illegal. As amended, this bill would mess with the definition of “independent contractor” and provide a backdoor for getting all the worst aspects of the pending “paid sick leave” legislation enacted.

END_OF_DOCUMENT_TOKEN_TO_BE_REPLACED 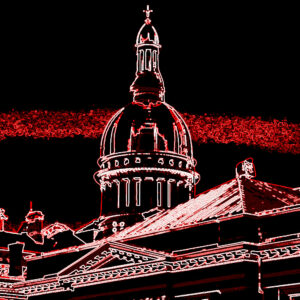 The New Jersey Senate has scheduled a vote on S799, which would require all businesses in the state to offer their employees paid sick leave, for this coming Monday, May 9. Under this bill, employers will have to prove in a court of law that they had a legitimate business need to change the schedule of an employee who calls in “sick” every Monday after the Giants have a home football game. Even if a jury agrees that such a schedule change is warranted, the employer will have spent thousands of dollars proving its innocence, costs that will undoubtedly be passed on to consumers in the form of higher prices. END_OF_DOCUMENT_TOKEN_TO_BE_REPLACED

One of the core tenets of the U.S. legal system is that criminal defendants are presumed innocent until proven guilty. Defendants are not required to lift a finger or open their mouths in their own defense. On the civil side of things, both the plaintiff and the defendant have the responsibility to show up in court and present evidence, but typically the plaintiff has the burden of proving that the wrongs they allege are more likely to have occurred than not.

Right now two important bills, one working its way through the Legislature, and one already on the governor’s desk, would flip this age-old system on its head in the employment context so that when an employee sues an employer, the employer would have the burden of proving its innocence

The New Jersey Senate once again delayed a vote on the merits of S799, which would require all businesses in the state to offer their employees paid sick leave, choosing instead to amend the bill and hold it for further consideration. END_OF_DOCUMENT_TOKEN_TO_BE_REPLACED

On Monday, two important bills working their way through the legislature, the paid sick leave bill and the equal pay bill, will be voted on. If enacted, these bills would presume employers are guilty when a lawsuit is brought against them unless they can prove their innocence. This is an unprecedented change to our legal system.

END_OF_DOCUMENT_TOKEN_TO_BE_REPLACED

The New Jersey Civil Justice Institute will be testifying against three bills on Monday. END_OF_DOCUMENT_TOKEN_TO_BE_REPLACED

On Thursday, the full Senate is taking a vote on two bills the NJCJI is opposing because they open New Jersey businesses up to excessive liability. If you have questions or comments about either of these bills, please contact Alida Kass, NJCJI’s chief counsel. END_OF_DOCUMENT_TOKEN_TO_BE_REPLACED

A selection of the need-to-know civil justice news for the week of December 12-18. END_OF_DOCUMENT_TOKEN_TO_BE_REPLACED