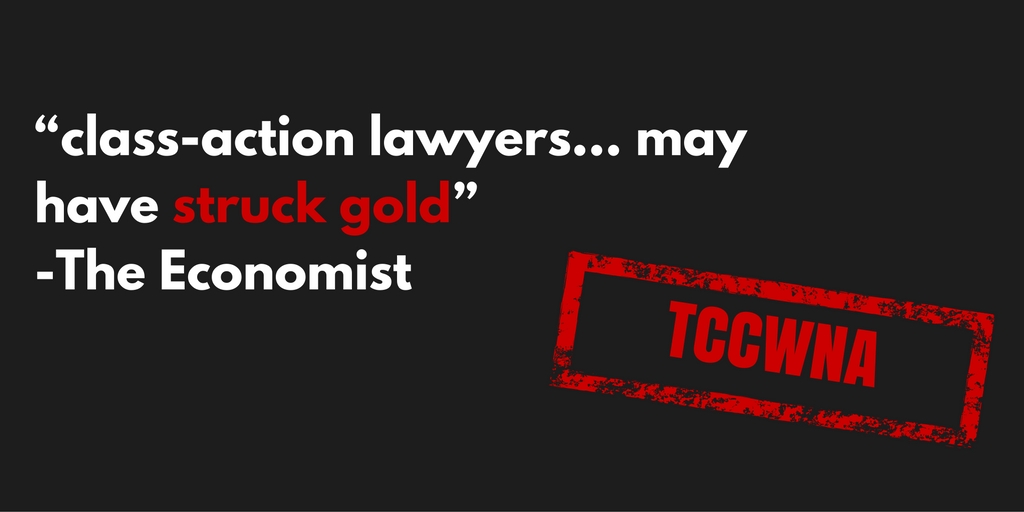 “a big red flag for those looking to sell in the Garden State” -Joe Granger Chief Executive Officer of Croscill in an NJ.com article

“class-action lawyers… may have struck gold.” –The Economist

“These cases seem to be driven by profit motive against the backdrop of a statute enacted in the 1980s that is being exploited in a way that the New Jersey Legislature never could have intended” –Lisa Glasband of Locke Lord in an NJ.com article

“It’s liability that’s created by the contract itself. The irony is the company tries to use the warranty to protect itself against liability and gets itself sued under this odd New Jersey statute.” –Gavin Rooney of Lowenstein Sandler in Forbes

“We like to call [laws like TCCWNA] ‘gotcha’ statutes” –Matt Fedor of Drinker Biddle in an NJ.com article

“The cases have a tinge of the bizarre” –The Economist